A first of its kind 28-megawatt (MW) Battery Energy Storage System (BESS) being developed by Precinct Capital and Edify Energy will help keep the lights on in Newcastle and support renewable energy zone ambitions for the Hunter region.

A development application has just been lodged with Newcastle City Council for the Battery which will be located on approximately 1.5 acres inside the Steel River Estate and be the first utility-scale BESS to be constructed in the Hunter and the first in Australia within an existing industrial precinct. The project is the result of a joint venture partnership between two Australian companies – Precinct Capital and Edify.

Precinct Capital Chairman, Bruce Baudinet, explained the battery facility will be designed to charge and discharge directly from the grid, responding to electricity market signals and disturbances to ensure stability and reliability of the grid as renewable energy penetration increases in coming years.

system for the City, keeping the lights on for industry and households throughout the region,” he said.

“The battery itself is about 2,500m2 or roughly 10 tennis courts in size and includes climate-controlled energy storage enclosures and grid connection infrastructure.”

The decision to build the battery followed research by Precinct Capital which pointed to a growing large-scale battery storage industry in Australia. As a landowner in the Steel River Estate Precinct Capital recognised the need for Australian industry and consumers to have reliable and cost-effective electricity, sourced predominately from renewable energy.

“We consulted with industry experts and quickly identified Edify as a market leader in this segment, and that the Steel River site was very suitable and strategically located. Edify is among a select few local companies that have successfully brought a large-scale battery to market, so we formed a partnership focused on delivering a fantastic and innovative project for the Hunter Region,” Mr Baudinet said.

Edify is 100 per cent Australian-owned with its head office located in Manly and is responsible for the development, financing, construction and performs ongoing asset management for Australia’s first utility scale solar and battery hybrid project in the Gannawarra Energy Storage System in Victoria, which has been operational for almost two years.

Edify Chief Executive, John Cole said the Edify team was enthusiastic and delighted about the partnership with Precinct Capital to deliver the Steel River Battery project and the benefits that the project will bring to the Hunter region.

“The Steel River Battery is an exciting project for Edify and builds on our existing position as a leader in energy storage solutions in Australia,” he said.

The system will not only support businesses and the community in Newcastle by assisting in balancing the network, but also facilitate the integration of residential rooftop solar and utility scale renewable energy developments in the Hunter region.

“The project will act like a shock absorber within the electrical network, absorbing electricity from the grid when generation exceeds demand and export electricity to the grid at times of lower generation including during intermittent solar and wind resource,” Mr Cole said.

Subject to approval by Newcastle City Council, construction and commissioning should be completed in six to eight months and provide between 20 and 30 direct jobs during the construction period. Additional contracting opportunities for local Newcastle businesses will also be provided throughout both construction and operation.

“Newcastle is a smart, sustainable and liveable global city supporting investment in next generation technologies to address the challenges of climate change and is a great place for future-focused industries to be established,” Cr Nelmes said.

“This joint project provides benefits to the local area and wider community, including alignment with City of Newcastle’s objectives as outlined in the Climate Action Plan (CAP) through firming renewable energy supply, along with building resilience in the local Newcastle electricity network through a megawatt scale battery storage.

“Newcastle is recognised as one of Australia’s leading Cities in sustainability, and our Climate Action Plan sets ambitious goals and priorities for Newcastle over the next five years, including the transition to 100 percent renewable electricity.

“This a world class large-scale battery storage investment in the Newcastle area, and a first-of-its-kind

project for the region, creating a blueprint for additional investments and local innovation.” 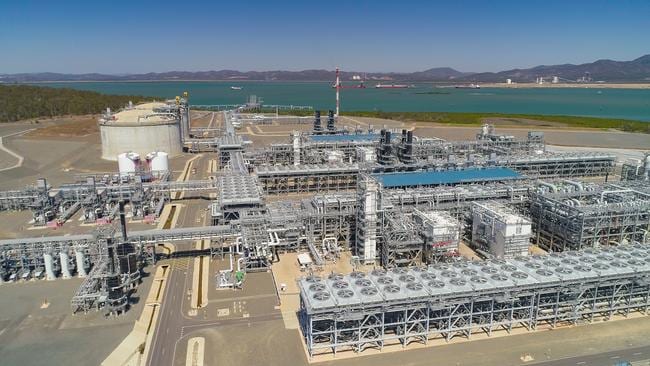 Darlington Point big battery for Shell and Edify Energy – PERRY WILLIAMS, The Australian
Back to overview